The Diocese of Chersonese includes the parishes of the Moscow Patriarchate in Italy, Switzerland, France, Spain, and Portugal. Its current seat is the Three Holy Hierarchs’ Church in Paris, France, but planning for the construction of a large cathedral in central Paris in cooperation with the Russian and French governments is underway. In addition to the parishes, monasteries, and chapels under its care the Diocese of Korsun also operates a theological seminary in Épinay-sous-Sénart, France. 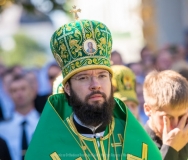 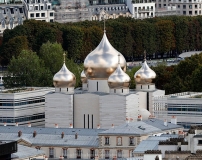 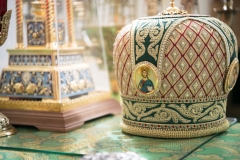